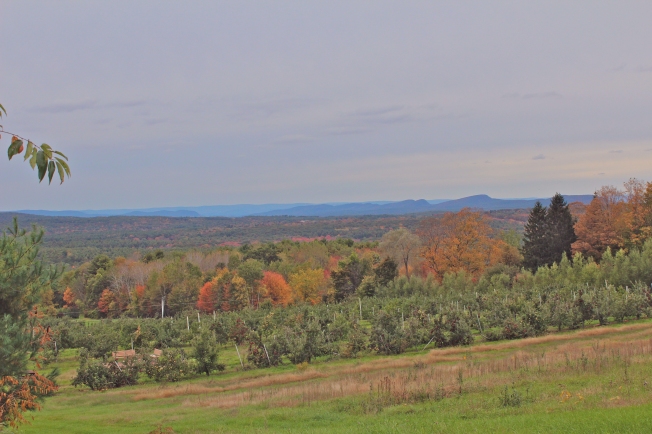 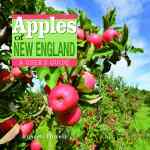 UPCOMING in December and scheduled in the new year so far are three events:

Wednesday, December 10, 2014, from 2 p.m. to 4 p.m. I will discuss apples, answer questions, and sign copies of Apples of New England at Barnes and Noble, Mountain Farms Mall, Hadley, Massachusetts.

Follow the link for rules and an entry form. Deadline for entries is Wednesday, November 26.

To schedule an appearance, write to newenglandapples@verizon.net.

APPLES OF NEW ENGLAND has been well received to date. Here are excerpts from and links to a few recent reviews and articles:

“Like Thoreau and Chapman, Powell knows his apples. Like them, too, he is fundamentally an apple romantic. He writes eloquently and passionately about the lure of this ordinary yet infinitely appealing fruit.”

“Powell’s guidebook is packed with information about each variety, from the ‘superstar’ Honeycrisp eating apple to the great keeper, Fuji. … From Winter Banana and Sheep’s Nose to Black Oxford and Hubbardston Nonesuch, and from Nodhead to Cathead, Powell’s guidebook abounds with stories.”

“Powell dives deep into the subject, sharing facts about growing and using the fruit to how they connect us to our past.”

“Readers who mostly know this fruit from their supermarket may be surprised to see how many varieties there are.”

“Apples of New England reflects a contemplative and literary approach to landscape, agriculture and the apple’s role both as fruit and symbol.”

“Apple fans have a new resource to expand their appreciation of the fruit.”

“How much do you really know about these fruits? With this book, you’ll learn a lot more. … Colorfully illustrated.”

“I discovered Powell’s book on my desk when I came to work Monday. It wasn’t there when I left late Sunday night, which means only one thing: the book fairy came sometime in the wee hours of the morning. Way better than the tooth fairy.”

“Powell, former executive director of the New England Apple Association, gets into the nitty gritty … describing more than 200 apple varieties found in New England, and sets out the history of the apple in the region in a detailed way.”