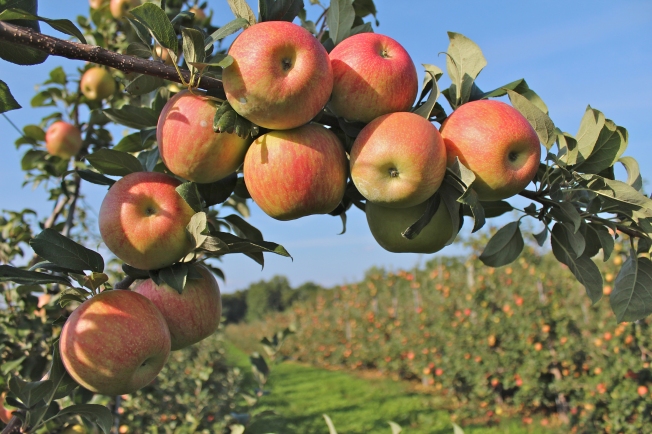 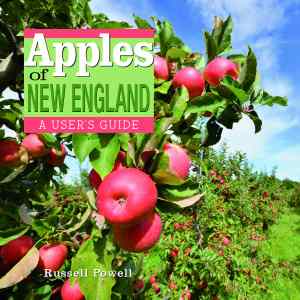 Apples of New England: A User’s Guide (The Countryman Press) is now available in stores. Originally scheduled for release September 7, it was shipped to bookstores earlier this month. If you do not see it on the shelves, ask for it — the store may have it in stock but are waiting for the official release date to display it. Apples of New England can already be ordered online.

A new book by Russell Steven Powell, Apples of New England features descriptions of more than 200 apple varieties grown, sold, or discovered in New England, with color photographs by Bar Lois Weeks, plus a history of apple growing in the region spanning nearly four centuries.

In addition to extensive research, Powell interviewed senior and retired growers and leading industry figures from all six New England states, and obtained samples of many rare varieties at the preservation orchard maintained by the Tower Hill Botanic Garden in Boylston, Massachusetts.

A chapter on John Chapman (“Johnny Appleseed”), for the first time links him with another Massachusetts native, Henry David Thoreau, as the fathers of American wild apples, Chapman for planting them, Thoreau with his pen.

Apples of New England is intended for use by all apple lovers, whether they are visiting the orchard, farm stand, grocery store, an abandoned field or a back yard — or in the kitchen. The descriptions include detailed information on each apple’s flavor and texture, ripening season, and best uses, as well as age, parentage, place of origin, and unusual histories. 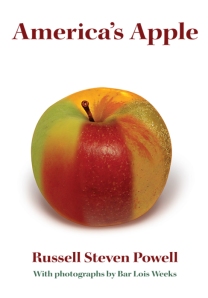 Powell has worked for the nonprofit New England Apple Association since 1996, and served 13 years as executive director from 1998 to 2011. He is now its senior writer. He is the author of America’s Apple (Brook Hollow Press, 2012), a book about apple growing in the United States, and the weblog newenglandorchards.org.

America’s Apple is now available in paperback as well as hardcover. Visit Silver Street Media or Amazon.com to order online, or look for it at your favorite orchard or bookstore.

One thought on “‘Apples Of New England’ Now Available In Stores”